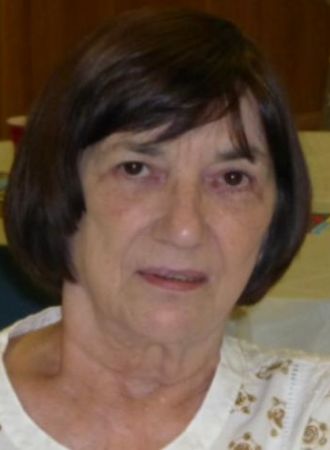 Location:
Private
Posted by:
GINA ALTIERI
Posted on:
September 24, 2021
This saddens me to hear of Cathy's passing. I have many fond memories from years past. So sorry for your loss.
Report This Comment
Let us know why you would like to report this Comment.
Your report will be kept anonymous

Born in Pittston on December 1,1941 she was the daughter of the late Peter and Eleanor Farrell Moss.  She was a graduate of Hughestown High School.Catherine was a loving wife, mother, grandmother, great-grandmother, sister, aunt and friend, and will be greatly missed.

In addition to her parents, she was preceded in death by her daughter, Suzanne O'Hara of Wyoming; brothers, John Moss and Donald Moss; sisters, Mary Fila and Elinore Yentz.
Catherine is survived by her husband, Charles "Chippy" Alba; children, Charlene Michalec and husband, Al of Pittston; Missy Reinhard and her husband, Matt of Charlotte, NC; Stacey Alba of Pittston;  Angelo and his wife, Jenn of Pittston; son-in-law, Pat O’Hara of Wyoming; grandchildren, Patrick Martinelli and his wife, Joelle of PIttston; Justin Martinelli of Pittston;  Ellie Dyrhaug and her husband, Alex of Johnson City, TN; Kate Reinhard and her fiancé', Michael Allen, of Boone, NC; Sam Reinhard, Charlotte, NC; Jenna Kaminski of Pittston; Angelo and Anna Alba of Pittston; great-grandchildren, Carmine and Alfie J. Martinelli; several cousins; and numerous nieces and nephews.
A blessing service will be held Sunday evening September 26, 2021 at 8 PM with Rev. Paul McDonnell officiating at the Howell-Lussi Funeral Home Inc., at 509 Wyoming Avenue in West Pittston.  Friends may call from 6 PM to 8 PM at the funeral home.  Interment will be held at the convenience of the family.