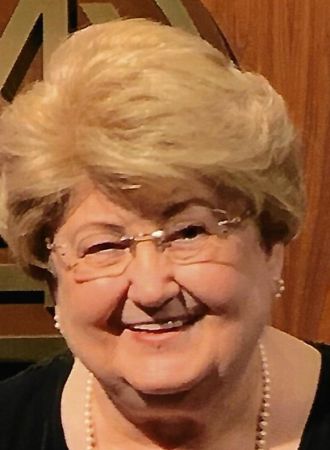 Born March 1, 1941 in Dupont, she was the daughter of the late Agnes (Czachor) Bonczek and Edward Bonczek. She was a devoted member of St. Joseph Marello Parish in Pittston.

She attended St. John’s High School and was a proud alumnaof King’s College where she earned a bachelors degree of business administration. She was employed up until her passing, by Capozucca Bros, where she helped her husband and brother in law grow the family owned business for 60 years.

Preceding her in death, in addition to her parents, was her loving husband of 58 years, Albert Capozucca.

Patricia’s favorite pastimes included spending time with family and friends. Some of her favorite hobbies included quilting and ceramics with her girlfriends. She was an avid traveler, with her husband, Al.

She was a dedicated member of the Ladies Auxiliary board of the Pittston Township Volunteer Fire Department, The Italian American Association of Luzerne County, and the Polish Room Committee at Wilkes University.

A Mass of Christian burial will be held at 10:00am, Tuesday, September 14th in St. Joseph Marello Parish, 237 William St., Pittston. The family will receive friends from 9am to service time. Interment will be held at the convenience of the family in Mt. Olivet Cemetery, Carverton. We ask that everyone attending follows the state and CDC guidelines for COVID-19.

Online Condolences can be left at our website howelllussi.com.

In lieu of flowers, donations can be made to the Miles for Michael Foundation at 9 North Main Street, Pittston, PA.