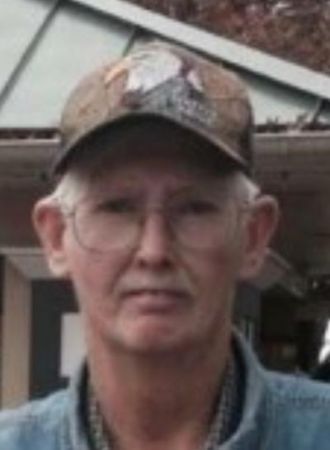 Location:
Private
Posted by:
Jennie Arent(DFP)
Posted on:
June 13, 2022
Wendy,
I am honored to have known Terry. Such a gentleman through and through.
Please accept my deepest sympathies.
I will remember him fondly.
Healing prayers for you.
Hugs~
Jennie
Posted by:
Fred sickler
Posted on:
June 13, 2022
Rest easy my cousin your work is done
Posted by:
Jack Smiles
Posted on:
June 12, 2022
Terry didn’t like the modern world. He told me he hated when he couldn’t go into people’s yards and help them carry stuff to the curb or help in other ways because of liability issues. He was a great selfless guy as I knew him. West Pittston is poorer now.
Posted by:
Lucy
Posted on:
June 11, 2022
Sending prayers. What a great guy he was.
Report This Comment
Let us know why you would like to report this Comment.
Your report will be kept anonymous

Born in Pittston he was the son of the late Howard and Shirley Pugh Strubeck and was a member of the First United Methodist Church in West Pittston.   He attended West Pittston High School and Terry then enrolled in Trade School where he took an interest in Heavy Equipment and Truck Operations.

He was preceded in death by a Nephew Brian Curtis.

Terry is Survived by his wife the former Wendy Vanderhoff, they would have celebrated 51 years of Marriage on June 25th of his year, Sister, Karen Curtis and husband William of Allen, Md., Close Friends, Chrissy and William Rusonis and daughter Megan and Cathy Sabecky and Nieces and Nephews, Robert Wink, Matthew Curtis, Jamie Wink and Megan Curtis Gray.

Funeral Services will be held on Tuesday at 11a.m. at the Howell-Lussi Funeral Home Inc., at 509 Wyoming Avenue in West Pittston with the Rev. James Pall of the Maple Grove Methodist Church Officiating.  Family and friends may call on Tuesday at the Funeral Home from 9:30a.m. until 11a.m.

Terry will be laid to rest in Memorial Shrine Cemetery in Carverton in a private Committal Service.

In lieu of Flowers or Memorial Donations may be made to Blue Chip at 974 Lockville Road in Dallas Pa 18612 of the Luzerne County SPCA at 524 East Main Street Wilkes-Barre Pa 18702, or any of you local Food Banks.